An excerpt from “The Chapel on the Dunes Endures In Port Aransas: Mustang Island’s oldest continuously operating church has survived decades of hurricanes and comes out shining”

High atop a sand dune in Port Aransas, a small white sanctuary overlooks the ocean. Seagulls glide in the salty air above swaying sea oats and flowering cacti. The Chapel on the Dunes is the oldest continuously functioning church on Mustang Island, and over the past eight decades, as visitors and hurricanes came through, it has become a symbol of strength and longevity in this coastal community. “It’s like our own little Sistine Chapel,” says Cliff Strain, executive director of the Port Aransas Preservation and Historical Association. The group lists the chapel as one of its “Eight Wonders of Port Aransas,” a collection of tourist spots including such institutions as Farley Boat Works and the Tarpon Inn.

The article goes on to say, “It has been through some of the worst direct-hit hurricanes, and it just comes out shining,” says Marline Carter Lawson, Aline’s granddaughter. The chapel even weathered Hurricane Harvey, with the exception of a few lost roof shingles and one broken window.

At 26 feet above sea level, the Chapel on the Dunes hovers high above Port Aransas’ Old Town neighborhood, as if lifted in prayer. “When those sea breezes blow through the windows, it creates a very heavenly sight up on that sand dune,” Lawson says. It’s a picturesque vision, but like most things in life, it’s the chapel’s inner beauty that lingers in memory. READ FULL ARTICLE HERE 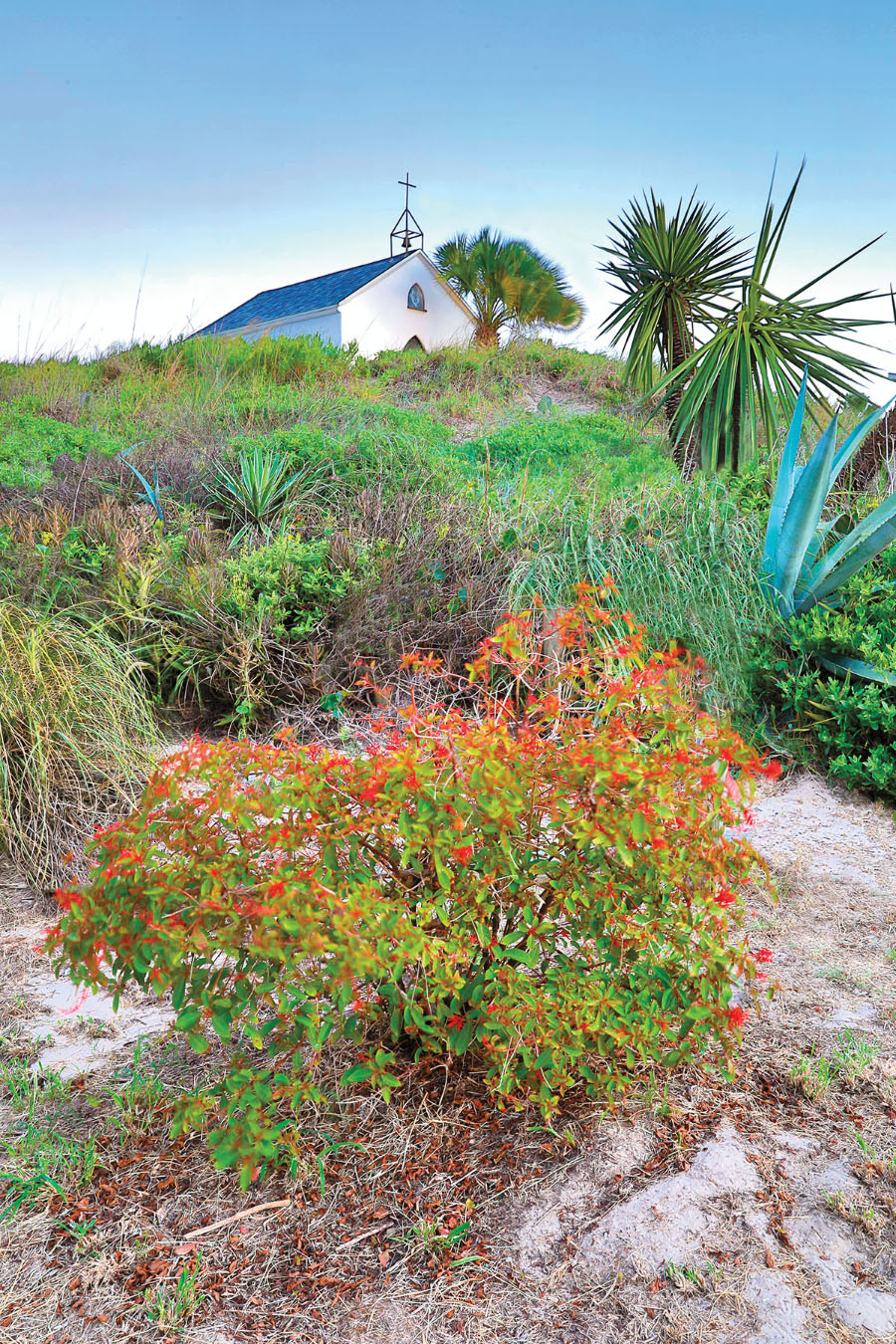